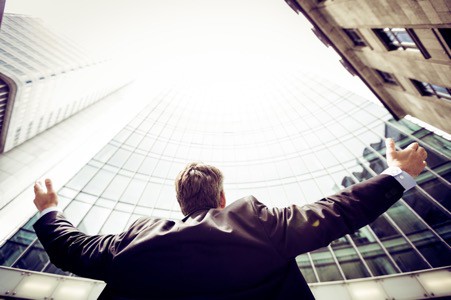 We analysed 13 years’ worth of businesses that came out of either Dragons’ Den or The Apprentice to find out which show generates the most success for founders.

However, 60% of those new businesses will go under within three years, and 20% will close their doors within just 12 months of starting out.

It’s no wonder that budding entrepreneurs head to shows like Dragons’ Den and The Apprentice in the hopes of giving their business the best chance of success. After all, both shows offer the investment of time, money and expertise if the entrepreneur wins over a Dragon or Lord Sugar. But just how much value does getting investment really give the founders?

Business planning experts Teneric analysed the history of The Apprentice and Dragons’ Den, to find out which show provides the best deal for business owners – the results are interesting.

Collectively, the shows have invested in 247 businesses which have gone on to make over £20million in total, all together the Dragons and Sugar have invested over £13.6million.

When analysing the data, Dragons’ Den may have made more money from their investments achieving an incredible £11.9 million. However, this is a result of investing in a total of 238 businesses, whereas Lord Sugar has invested in just 9 businesses overall.

Both Dragons and Lord Sugar have shelled out millions of pounds, with Dragons investing the most but seeing less return.

According to the data, entrepreneurs have less chance of making serious money if they receive an investment from one of the dragons in comparison to Sugar.

The analysis shows that over a third (35%) of Dragons’ Den start-up founders are forced back into employment following business failure. Just under a third of all start-ups who received dragon investment then dissolve, whereas The Apprentice has an astonishing 0% failure rate according to Companies House data.

£7.3 million worth of investments were promised, but never went through

According to the study, £7,316,000 worth of investments were promised by Dragons on-air, but the deals fell through after the cameras cut.

These are the top ten highest investment deals that fell through after the show aired.

Table 1 shows the top investments that didn’t go through from Dragons’ Den over the past 13 years.

Which are the most successful businesses to ever come out of Dragons’ Den and The Apprentice?

Out of the 247 businesses which received investment across both shows, those which performed the best long-term came from The Apprentice.

We found the top most successful businesses from both Dragons’ Den and The Apprentice and the results were quite surprising.

Now called Wonderbly, the most successful investment from Dragon’s Den was backed by Piers Linney and has since gone on to sell in excess of one million books worldwide.

Over five years later the company is still going from strength to strength and has a net worth of over £1.2million.

Despite placing third on the show in 2011, Susan Ma founder of Tropic Skincare is the most successful contestant to ever come out of the boardroom.

Sugar revealed on You’re Hired shortly after the final that he would be investing in Susan. The business has since gone on to have a net worth over £4.6 million.

Who are the most (and least) successful dragons? 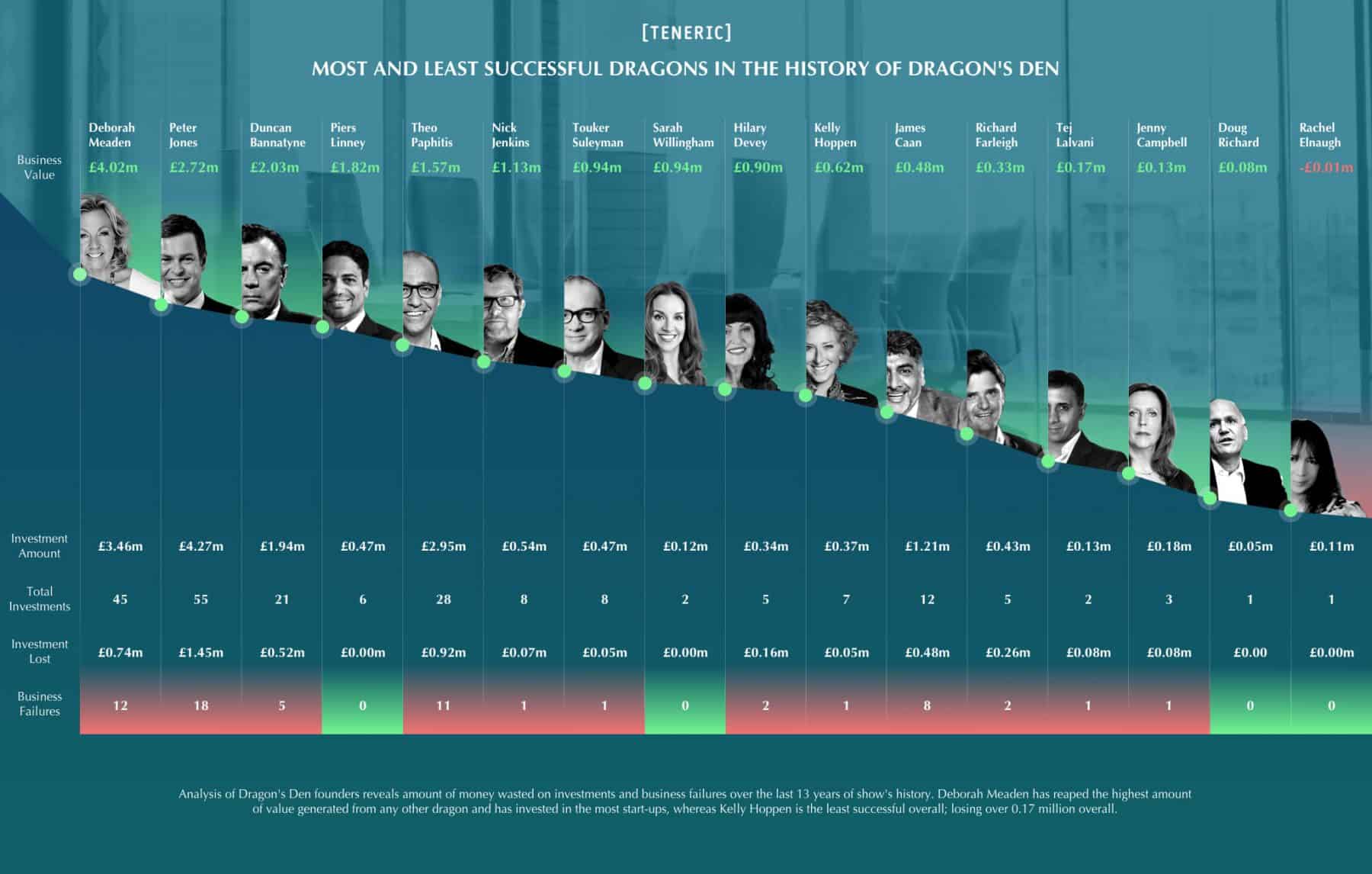 Why Deborah Meaden is the best dragon to partner with

According to the study, Deborah Meaden is the most successful dragon of all. In the last 13 years, she has invested in 45 start-up businesses. Despite 12 of those businesses failing, those that continue to thrive are now worth a whopping £4 million – this is the highest amount of value generated from any dragon.

However, Piers Linney as a sole investor has reaped the most success above any other – earning over £1.8million in just six investments.

The least successful dragon is Peter Jones. Although he has invested in the most businesses, 55 during his time on Dragons’ Den 18 of those have failed. As a result of this, he has personally lost £1.4 million.

Whereas Lord Alan Sugar has invested in 9 businesses as a result of the show spending £2.25million in investments but has generated a total worth of £8.3million, averaging £920,000 per business.

So, what does this tell us about the reality business shows?

You’re better off getting your business backed by Sugar due to its consistently low failure rate and high net worth yield. With over £7.3 million worth of investments never going through, appearing and successfully getting investment in Dragons’ Den could leave entrepreneurs feeling left out in the cold.

Greatest losses this data is based on the sum of companies status now categorised as “dissolved”.